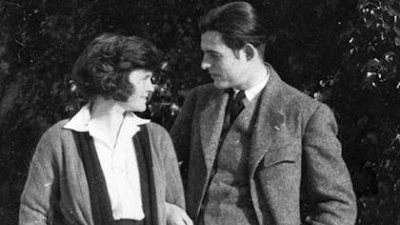 I know he treated women atrociously; I know he was a drunk; I know he was depressed enough to shoot himself in the head. I also know that growing up in Wichita, I knew Hemingway as a guy who worked for the Kansas City Star - practically makes him family - and he was a guy who escaped to Paris and wrote beautiful stories. After countless book reports on the guy, and knowing that his first wife was crucial to developing his writing style, I decided that if I ever had a little girl, I'd name her Hadley (after Hemingway's enigmatic first wife) and if I had a second, she'd be called Brett (after Miss Ashley, of course).
Hadley is big news now, as a book called The Paris Wife has just been released. Reviews have been mixed; the Times wasn't so great, NPR was suitably noncommittal, but my favorite review was written by one of my favorite Guardian writers, Hadley Freeman. I'd always wondered if she was named for Mrs. Hemingway - Freeman confirms this: I was not named after someone, I was named after someone's wife. A Wag, in other words, with a name that makes me sound like an investment bank, and not even an investment bank wants to sound like one these days.  But she loved it; since I read Hadley often, and trust we have similar temperaments, I'll read it.
I'd already chosen this as a blog topic today when I heard Mary Chapin Carpenter on Radio Scotland this afternoon. She was talking about her new record, which includes a song called Mrs. Hemingway (hear it here). It's a heartbreaking song, gentle and rich in story. They played it and the lyrics are exactly how I imagined their lives were:


Living in Paris, in attics and garrets
Where the coal merchants climb every stair
The dance hall next door is filled with sailors and whores
And the music floats up through the air
There's Sancerre and oysters, and Notre Dame's cloisters
And time with it's unerring aim
For now we can say we were lucky most days
And throw a rose into the Seine 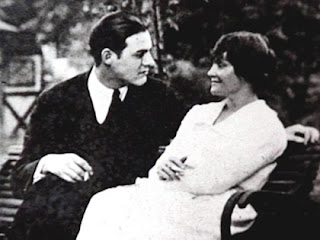 There's something quite beautiful about this woman, who died in 1979, having a little renaissance in 2011.
Posted by Kristin Pedroja at 16:37

I want to go to Paris!

I just finished reading The Paris Wife and I loved it. When I read Moveable Feast I wanted to know more about Hem's relationship with Hadley, and the book really paints a great picture of what their private hours might have looked like.I definitely recommend!

I loved that book! It's a wonderful peek into their lives. It's on my iPad so will be reading again for sure.